Unlock your iPhone 12 from Vodafone to use any sim card from any network, via IMEI using our online unlocking service. With a 100% success rate, we guarantee to unlock your phone from Vodafone in 30 minutes - easily, and legally. 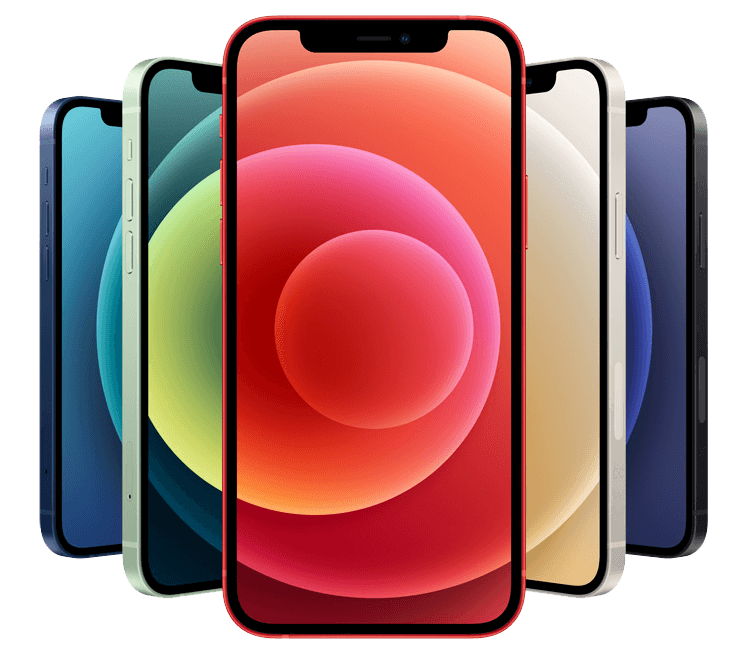 Unlock iPhone 12 permanently from Vodafone today for a great price.

Instant unlocking for all phones on the Vodafone network.

Your iPhone 12 will work on any network around the world as well as Vodafone.

Once payment is received, we process your unlock remotely. We check your order and make sure you have selected the right network and fix it automatically if you made a mistake. You can track your order progress using the tracking page. Unlock codes and iPhone Unlocks are generated within 30 minutes.

About the iPhone 12 on Vodafone

The iPhone 12 was the first handset Apple has released to support 5G networks, with chips from Qualcomm. 5G will not necessarily be faster, but it will certainly assist with more connected devices and congestion, so for example in sports stadia you should see vastly improved performance.

This is the first year that Apple has released 4 iPhone models - the iPhone 12 Mini, iPhone 12, iPhone 12 Pro, and iPhone 12 Pro Max. The iPhone 12 mini - the return to a smaller form factor akin to the iPhone 5S, but with a full screen, full frontal, touch screen with face ID, is bound to be a huge seller, especially in the smaller hands Asian market.

A great new feature is the introduction of Mag Safe - expect a whole world of MagSafe chargers and cases, wallets and more, where the iPhone 12 can instantly "snap" to the accessory securely and safely.

Despite all these new features, not to mention all displays being OLED, The iPhone 12 series is actually cheaper than the previous years line-up. However - there is a catch. The iPhones do not come with earbuds or a power adaptor in the box, just a USB-C cable. The future is clearly not iPhones with USB-C ports, but iPhones with no ports at all, like the Apple Watch.

The cold war ended in 1992, at the same time, IBM released the world’s first true smartphone. The ‘IBM Simon’ was far ahead of its time, featuring a touchscreen, PDA functionality, and 1MB of storage and memory. Nevertheless, the battery lasted just one hour, and the handset was bulky. Irrespective, upon public in 1994—despite costing over one thousand dollars—sold more than 50,000 unit in just six months. A phenomenal uptake considering the maturity of the market and lack of contract options.

It wasn’t until 2001 that smartphones were connected to a functioning 3G network. Connecting to the internet amplified device capabilities dramatically, making videoconferencing and sending email attachments possible. Then, in 2007, Steve Jobs revealed the first iPhone, which began a revolution in smartphone ownership which would continue to grow over coming decades. Functionality and features continued to evolve and improve, including video capabilities and instant messaging. Concomitantly, mobile internet infrastructure and technology grew, facilitating quicker and better application capabilities. Alongside hardware improvements, developers began creating applications which improved regular people’s ability to interact with the world, including booking flights, transport and hotels.

Since the first iPhone’s release, there have been more than 21 subsequent launches. As well as improved functionality, smartphones—particularly led by Apple’s iPhone—have become a ‘fashion statement’. Consumers scramble to own the latest devices, refreshing their devices frequently—often within less than two years of ownership. Of course, pricing remains inhibitive, and few people can afford to buy their device outright. To get around this, large network providers began offering mobile device contracts. These contracts allowed users to spread the cost of their device over 24-month period, adding the cost to their monthly usage bill. These ‘contract’ devices are generally locked to whatever network the buyer purchases them from, meaning no other SIM can be used with the phone at any point. Whether you’re using a locked Vodafone device or have one you wish to sell, here’s some major benefits to unlocking it.

The best reasons to unlock your Vodafone device

Flexible network access – there have never been more available mobile networks. Since the mid-2000s, new ‘challenger’ networks began emerging. These new networks had no physical stores, minimal employees and did not offer contract devices. All this meant they had low-to-no overheads offering only SIM-only mobile usage data—some also sold refurbished devices, capitalising on a growing market of nearly-new phones. These SIM-only deals offered mobile data and minutes at cheap rates, often up to 50% less than major network providers. Locked phones cannot access this growing market, users are limited to major networks only. Unlocking your Vodafone smartphone provides access to these providers and increased flexibility.

Zero roaming fees – roaming fees can be a real pain, depending on your travel location they can be incredibly expensive. Paying for additional usage additional to your monthly contract is frustrating. Most countries have plenty of domestic suppliers, just like the U.K., but locked devices are incompatible with these domestic SIMs, meaning users have no choice but to pay whatever roaming fee applies. But, if you’re a Vodafone user, by unlocking your device you’ll be able to access these domestic SIM-only deals. Once unlocked, all you need to do is visit a local store, check the best deals for data, purchase a SIM and plug it into your existing device.

Cut your monthly bills – usage and contract prices with major network providers, including Vodafone, are generally much higher than smaller, ‘challenger’ networks. Regular contracts in the U.K. generally exceed £35 per month, excluding device costs. Considering the rising cost of living consumers will be interested in cutting their monthly bills. Vodafone users can do this simply by unlocking their device with DirectUnlocks. By unlocking your device, you’ll be able to access the same usage deals with SIM-only providers for as little as £15, saving over £200 per year!

Greater choice – if you own a Vodafone device, have one tucked away in a draw or plan to buy one soon, keeping it locked means you’ll have less choice in an increasingly versatile and broad market. While locked, you’ll only be able to use a Vodafone SIM, meaning you are behest to whatever prices they might decide to charge or changes they device to make. Unlocking your Vodafone phone gives you greater choice in a dynamic, changing market.

Increased resale value – considering all these benefits, it’s no surprise that those wanting to buy unlocked devices will pay more than they will for a locked device. Even recycling websites will offer as much as 10% more, meanwhile private buyers will pay as much as 30% more if the device is unlocked. Increasingly, the market nearly new and refurbished devices is growing due to increased refresh rates. So, if you’re considering selling your device at any point, knowing that buyers will offer more for an unlocked device its prudent to invest a small sum to yield greater returns on your current or previous devices.

How to unlock Vodafone phone

Now it’s obvious why you should unlock your Vodafone device, you’ll want to know how to go about unlocking it. Fortunately, you won’t need to visit any ‘dodgy’ backstreet stores or leave your device with a ‘friend of a friend’. DirectUnlocks can unlock your device online without the need to even leave your home. All you’ll need to unlock Vodafone phone is your IMEI number and an internet browser. Visit the DirectUnlocks website, select your country, network and enter your IMEI. You’ll be walked through the rest and kept updated by email until your device is permanently unlocked. Voila, you can then enjoy the benefits of being free of your locked device.

Why unlocking your iPhone 12 from Vodafone is a great idea:

Unlock your iPhone 12 from Vodafone Now

DirectUnlocks is one of the quickest providers of worldwide and cheap unlocks for the Vodafone network. We usually unlock a iPhone 12 on Vodafone instantly, sometimes this can be a little bit longer depending on a few factors. We offer a live tracking service to keep you up to date on progress.

Never. We unlock your iPhone 12 on Vodafone 'over the air' using 3G/4G or WiFi our method is completely remote. Your iPhone 12 is secure during the whole process and there will be no interruptions to your Vodafone service. Tracking is available throughout the unlock process.

Unlocking with IMEI is the official and safest method to unlock your iPhone 12 from Vodafone and is done remotely from the comfort of your own home. A software unlock is another solution, but will usually invalidate your warranty, you'll have to download some complicated software, and then you won't be able to update your apple.

Unlocking with us is super quick, just provide your 15 digit IMEI (Dial *#06# on your locked device) and network/carrier, our system will automatically process your device by remotely identifying it and requesting an official iPhone 12 unlock from Vodafone.

Absolutely, even if your iPhone 12 locked device is under contract with a network provider. There may be an additional price to pay if the phone is brand new and you've only owned it for a very short time.